“You may have not gone where you intended to go, but you will end up where you need to be.”

Another least visited trekking destination of Nepal is the eastern Makalu region of Nepal which has offers extreme wilderness in its every trekking routes. Taking you deep inside the stunning Makalu Barun National Park, you can witness intense aroma of magnificent Himalayan vistas while walking through valleys with uninterrupted natural attractions to ease your journey.

With an estimated height of 8,485 meters above sea level, Mt. Makalu is the fifth highest mountain in the world due to which this region is called Makalu region in the first place. Following a very classic trek route which has not changed much since its primordial days due to the lack of modern developments, trekkers make their way to the fascinating base camp of Mt. Makalu. While talking about Makalu region one has discuss about Arun valley as it is one of the naturally preserved valleys in Nepal which serves as a habitat for many different species of animals and birds. For the person who is planning to visit this place should need to have a proper health conditions with which they can hike up and down the treacherous Himalayan terrains of Makalu region. Additionally, we suggest the spring months of March, April and May and Autumn months of September, October and November as the ideal months for trekking in this part of Nepal. Trekkers can observe lush green forests and get to cross high passes which help them get one of the most remarkable views of the snow capped mountains. AmphuLaptsha Pass (5,845m), West Col (6,135m) and Sherpani Col (6,110m) are some of the popular high passes which trekkers often need to go through in order to complete their trek in the Makalu region.

Feel free to check out our top featured trekking packages of Makalu region below: 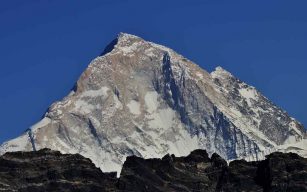 “Life is an adventure so don’t be afraid to challenge yours...