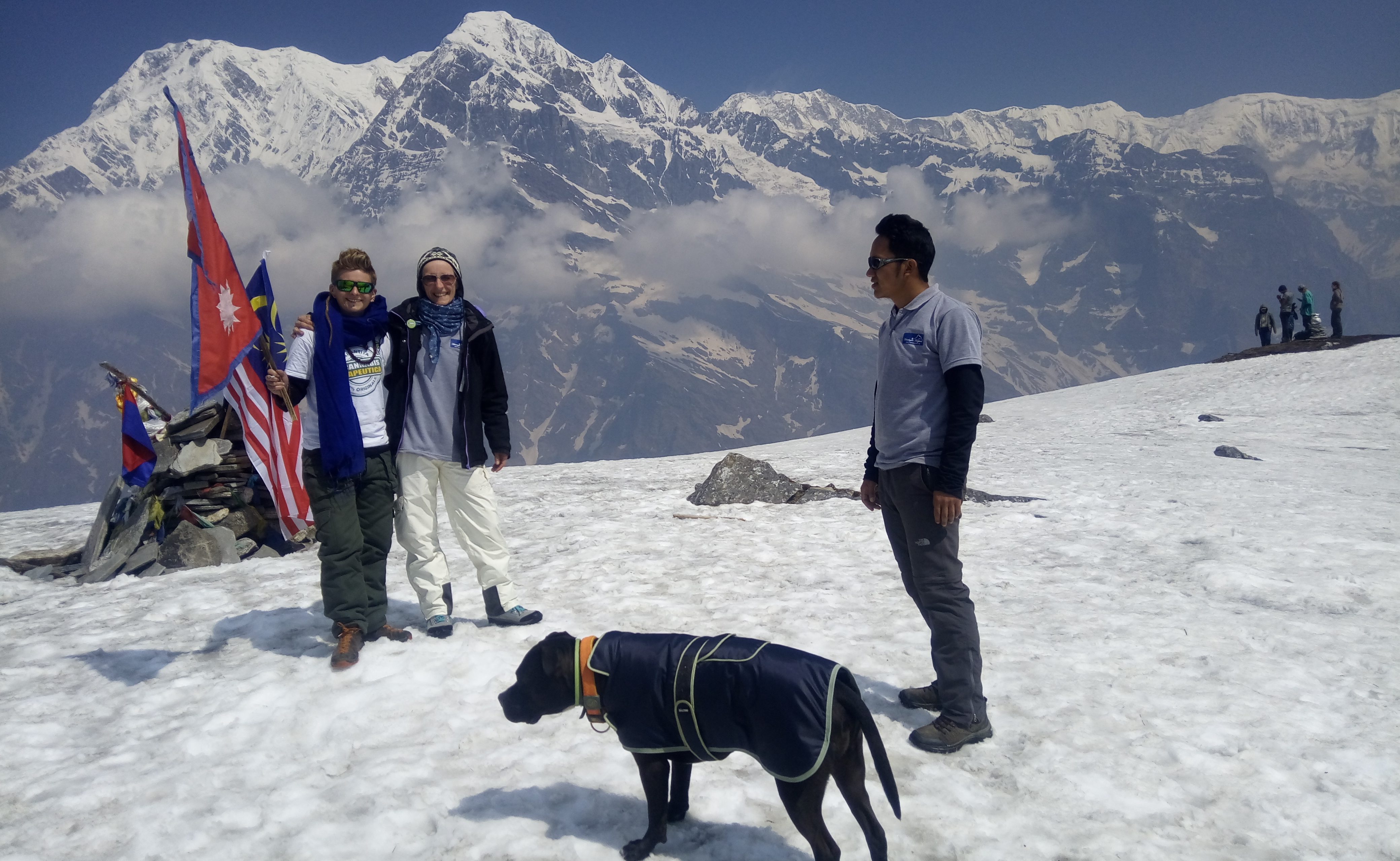 Himalayan Holyland Treks & Expedition offers you a unique and adventurous experience of Mardi Himal Trek in Annapurna Region of western Nepal. Following the beaten trekking trails of shepherds, you will find several tea houses with basic facilities. Mardi Himal Trek is a relatively short and easy trek in Nepal. The trekking trail of Mardi Himal is filled with the diverse cultural settlements where travellers will get an opportunity to grasp highly diverse cultural insight. Picturesque and overwhelming soaked view of green hills, snow-capped mountain and beautiful pristine forest of rhododendron, oak and bamboo will accompany you during your trekking. By having a constant view of Annapurna and Dhaulagiri mountains range at the west side of the trail, and Machhapuchhre and Manaslu range in the east side will add more excitement toward your trekking. Situated at the beneath of Machhapuchhre, Mardi Himal Trek offer spectacular mountains views, beautiful forests, alluring valleys, wonderful lakes, waterfalls, and many more on the way to Mardi Himal. This amazing trek begins from a beautiful city called Pokhara and driving journey to Kande. From there we will officially begin trekking onwards by following the Pothana or Deurali. Reaching different locations such as forest camp, Low Camp, High Camp, Badal Danda and finally Mardi Himal Base Camp and exploring the place’s specialities is really amazing to have. 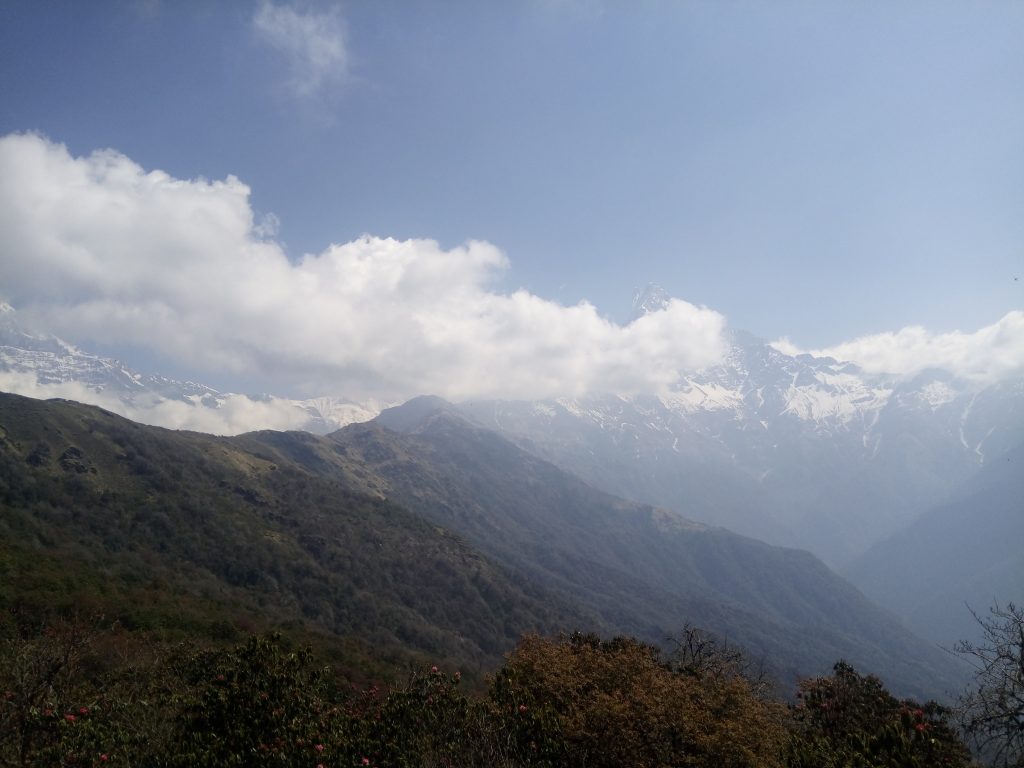 There are some facts that you need to before going for Mardi Himal Trek.
Mardi Himal Base Camp is situated at the 4500 meters (14763ft.), which is the highest point of the trek. The highest and lowest sleeping point of Mardi Himal Trek is at high camp and low camp with 3580 meters (11745ft). Mardi Himal Trek will offer stunning views of Annapurna Range including Machhapuchhre (6993m), Annapurna South (7010m), Hiunchuli (3441m), and its vicinity. 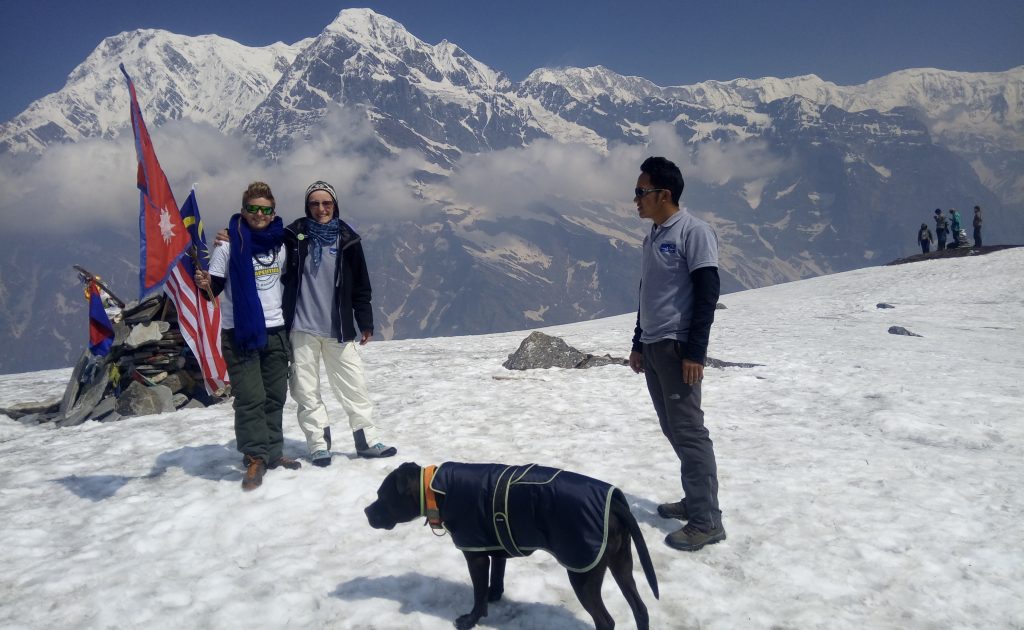 Firstly, Mardi Himal Trek In Nepal is short and easy trek as compared to other treks and it is suitable for those people who are eager to explore the less-visited area of the Annapurna region in Nepal. It is less visited treks where trekkers don’t have to face over-crowded while trekking. They can enjoy and explore the unadulterated natural beauty and ethnic cultures of the area. The region is fused with the raw opulence of the natural beauty and rich folk culture and tradition. The striking views of the Annapurna Mountain with low-lying local villages at the foothills of the Himalayas ornamented with rolling terrace farms will accompany while trekking and provide one of the best experiences that you ever had.

Before making Mardi Himal Trek, so please know which time of the year is best to go and explore Mardi Himal Trek in Nepal. Although every trekkers or traveller may have different taste of time to travel in, most of the trekkers preferred Spring and Autumn- seasons as their ideal choice to visit and explore the place perfectly. In these seasons, skies are clear to views striking snow-capped peaks and the weather and temperature are also fine to make the pleasing walk around 5 to 6 hours a day. Himalayan Holyland Treks & Expedition will be organized 10 days Mardi Himal Trek Package for you including proper accommodations. Regarding the cost of Mardi Himal Trek in Nepal, it depends on the season, group size, budget, and standard that you choose to make. Normally, Our offer starts from USD 399.00 per person. Choosing a flight or drive tour will change slightly in its cost. 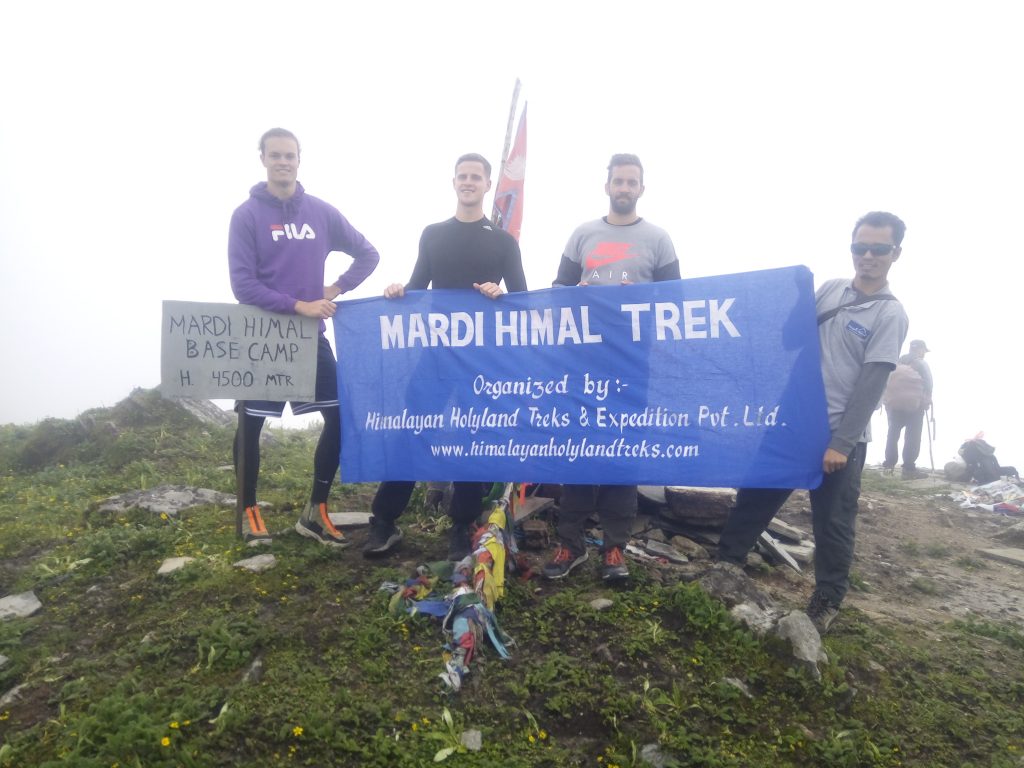 Day 09: Drive to Pokhara and fly to Kathmandu: about 2.5 hours drive and 25 minutes flight.

How Fit Should You be for the Mardi Himal Trek? 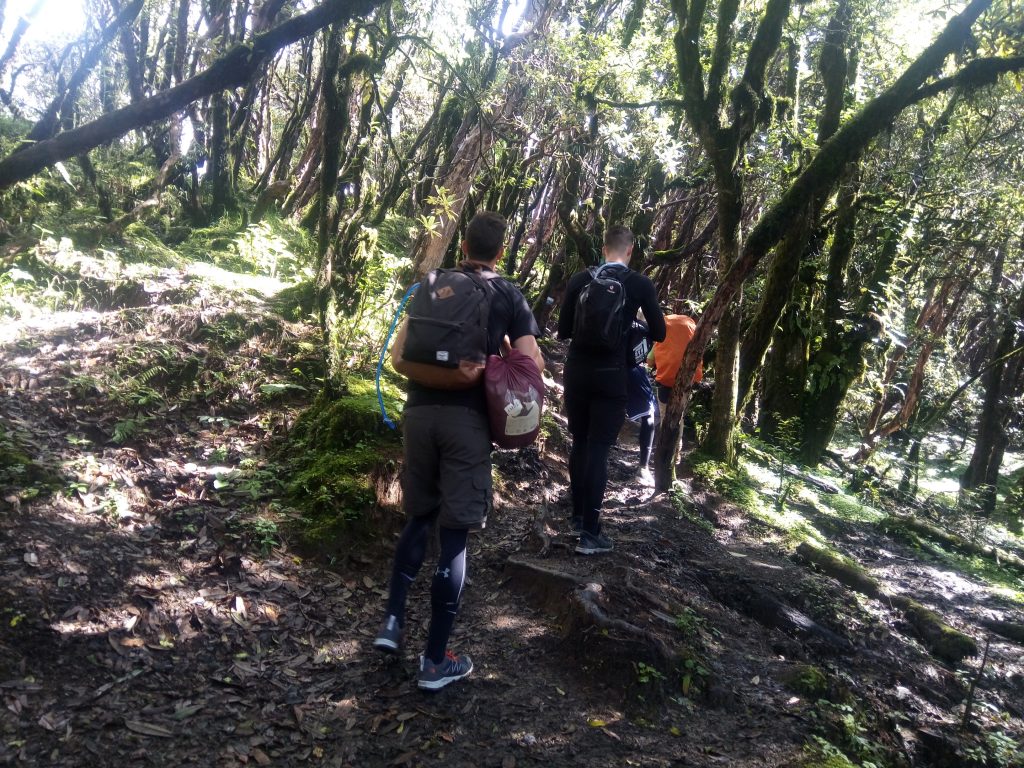 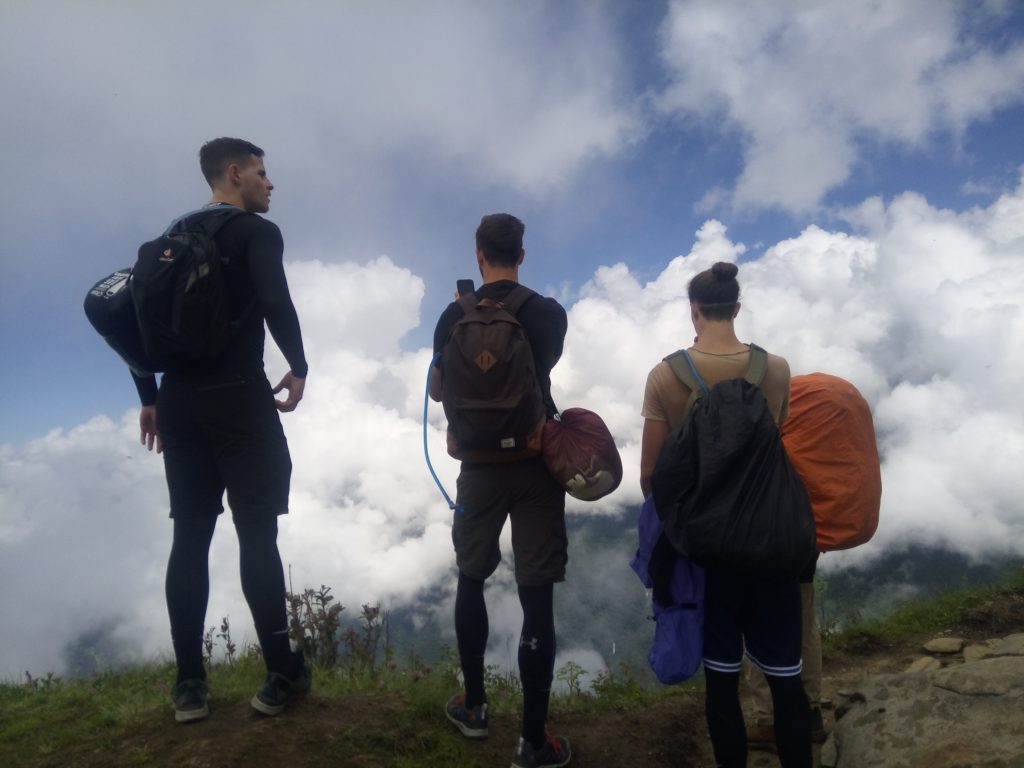 Spring and Autumn seasons are one of the best seasons in Nepal to make Mardi Himal Trek. In these seasons the weather is clear where travellers can see clear and wonderful views of the stunning Himalayas, forest, villages, and beautiful surrounding. Temperature is also considered so that travellers can explore varied flora and fauna. In these seasons you can have breathtaking views of the crystal-clear sky and outstanding landscape of Mardi Himal and its vicinity. The trekking trail is moderate with a very less ascending and descending route.

In Nepal, June and August are monsoon seasons even though the days of these seasons are clear with a pleasant sky. Trekkers can observe glorious mountain views and its surroundings. The average temperature of this season is 17 to 20 degree Celsius. In the evening, the temperature may reach 5 to 10 degree Celsius due to occasional downpour. So, in these seasons, trekkers should take rain gears that include rain jackets, trekking boots, and waterproof pants with them.

In this winter season, Mardi Himal Region seems dry and the stunning mountain ranges are covered with the snow and the trail is sloppy. In this season the chances of rainfall are less but cold air may cause the common cold and other diseases. Normally in this season, the temperature goes up to 9 to 12 degree Celsius in a day and 5 degree Celsius at night. 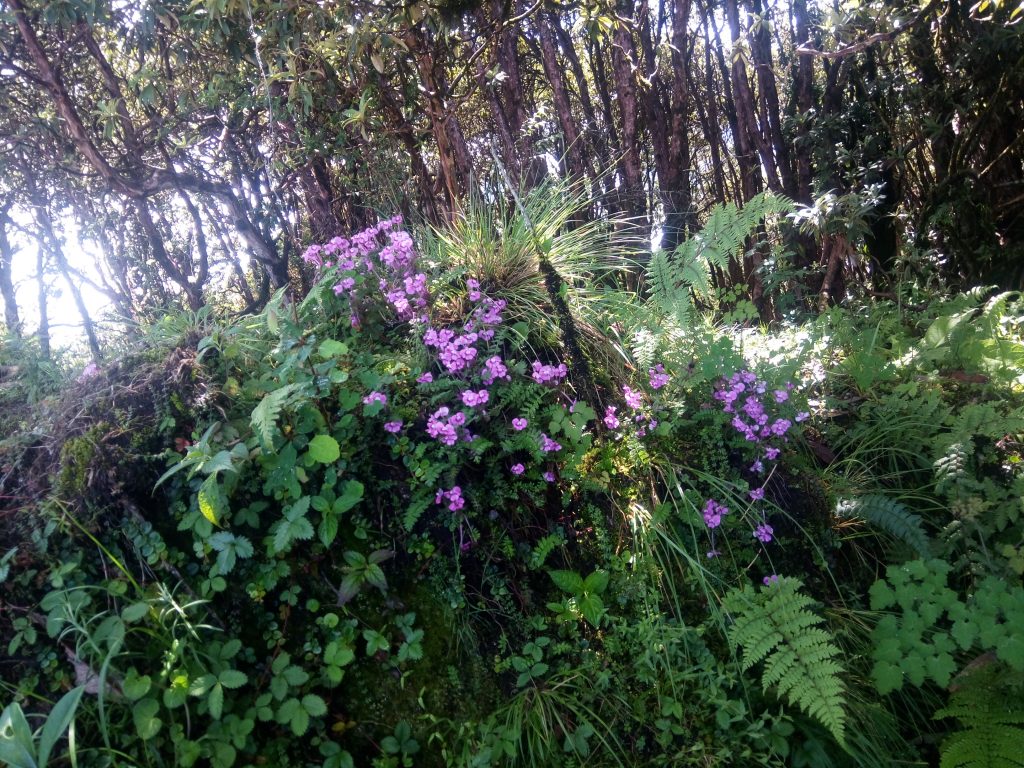 Although around the year is the best time to visit Mardi Himal, most of the trekkers are more conscious about favourable weather and the temperature for having the best visibility. Spring and Autumn seasons are considered as the ideal time to visit and explore the Mardi Himal Trek in Nepal. The Spring season consist March to May month while Autumn season consists October to December month.

Himalaya Holyland will provide you three times food per day that includes breakfast, lunch, and dinner. You will have dinner in the tea house, hotel, or lodge.  You will be provided with local meals, where you don’t have more options to choose from. The food you will provide will be organic and natural. Basically, the food menu you will get during your trekking includes Bhat (rice), Dal, Tarkari (vegetable), Momo, and noodles on top priorities. You will also get drinks that include tea, coffee, and some flavoured drinks.

Before making treks onwards Mardi Himal, the cost of trekkers includes in these various factors.

Mardi Himal Trek is one of the best treks in Nepal. It is also considered a short and easy trek in the pristine terrains of the Annapurna region. Himalayan Holyland will provide you with one of the best trekking experience in Nepal. Most of the trekkers consider Mardi Himal Trek is a thrilling trek where trekkers can recollect multiple experiences in the diverse sceneries. So, make a vacation trip with Himalaya Holyland Treks & expedition.